European Integrity Games (supported by Erasmus + Strategic Partnerships) associates the Transplanisphere with a Collective project Sciences Po. From October 2019 to March 2020, 3 Master students worked with Bruno Freyssinet (artistic director of the company’s projects) on the design of an escape game questioning blockchain and cryptocurrencies (bitcoins).

The SciencesPo group was made up of Nora Roeders (DE), Aleksander Pappalardo (It-Pl) and Ester Davanzo (It).

The game scenario benefited from the advice of Frédéric Devic, director of Immersia (Paris).

It also benefited from the advice of Pierre Noro, Chair Digital, Governance and Sovereignty Coordinator at SciencesPo Paris.

The Escape Game was finalized just before the lockdown began. It will enter the test phase during a European workshop associating the project partners (Kuturinitiative Förderband – De, Teatro Rigodon – It, ExQuorum – Pt,  Ortzaï Teatro – Sp,  Ohi Pezoume – Gr), postponed due to Covid19.

Image by Tumisu from Pixabay

The game aims to inform citizens about the role of blockchain technology with regard to the concept of integrity in our societies. Given the complexity of the blockchain and the multiple facets of its applications, we have chosen the issue of money laundering as one of the cases in which the blockchain plays an active role in terms of fraud. We also decided to use the escape game as an educational tool. Its immersive and interactive nature seems to us well suited to transmit some of the subtleties of the blockchain/integrity link, but above all to reach participants at a deeper and more emotional level. 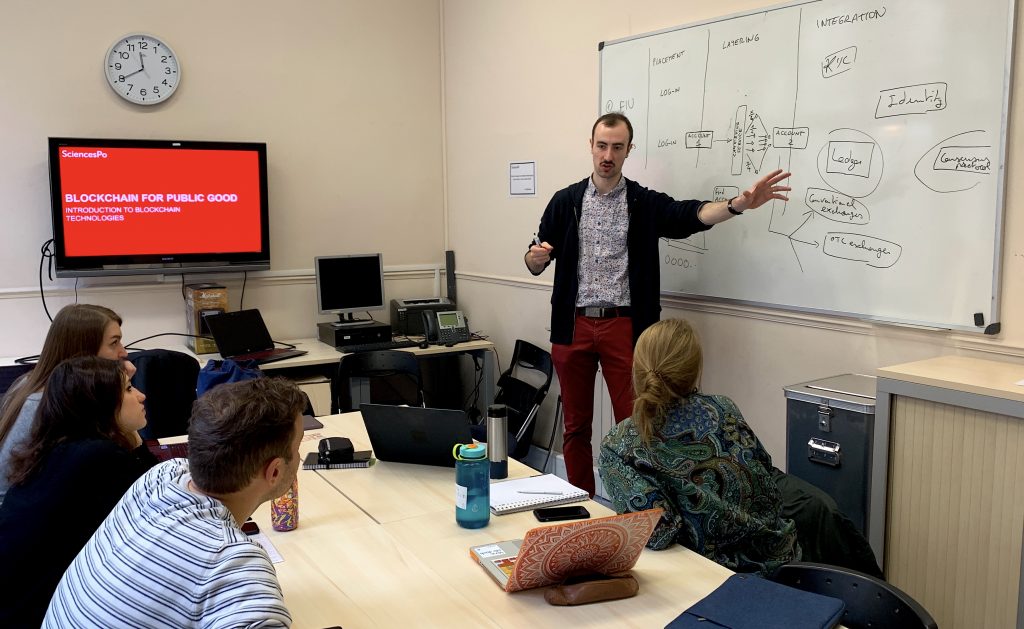 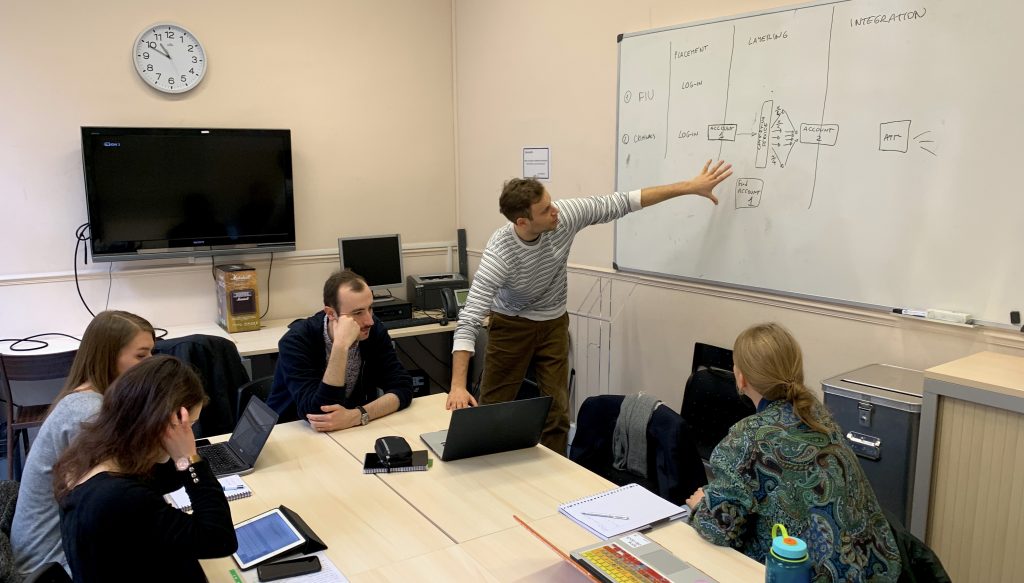 The objective is twofold

On the one hand, we want to inform participants about how the blockchain is used in the money laundering process. At the escape game level, this will be done by basing the game experience on realistic scenarios and by supplementing the game with pre/post informative sessions.

On the other hand, we want to emotionally involve the participants. We will do this by dividing the game into two parts pitting “the good guys” against the “bad guys”. These two “parallel trips” will be used to add an extra layer of reality, but also to instil a feeling of stress in the participants due to the competitive nature of the game. The two groups will compete and try to whiten on one side money and the other to catch the scammers.

Before the game, we could explain what a blockchain is: the fact that it is anonymous and based on a security system with automatic verification.
After the game, we could give more information on the different possible uses of the blockchain, both for “good” and for “bad”. In addition, we need to analyze how governments and international organizations (EU) treat such a tool, how they could use it for their purposes and how they regulate it / what they should improve. 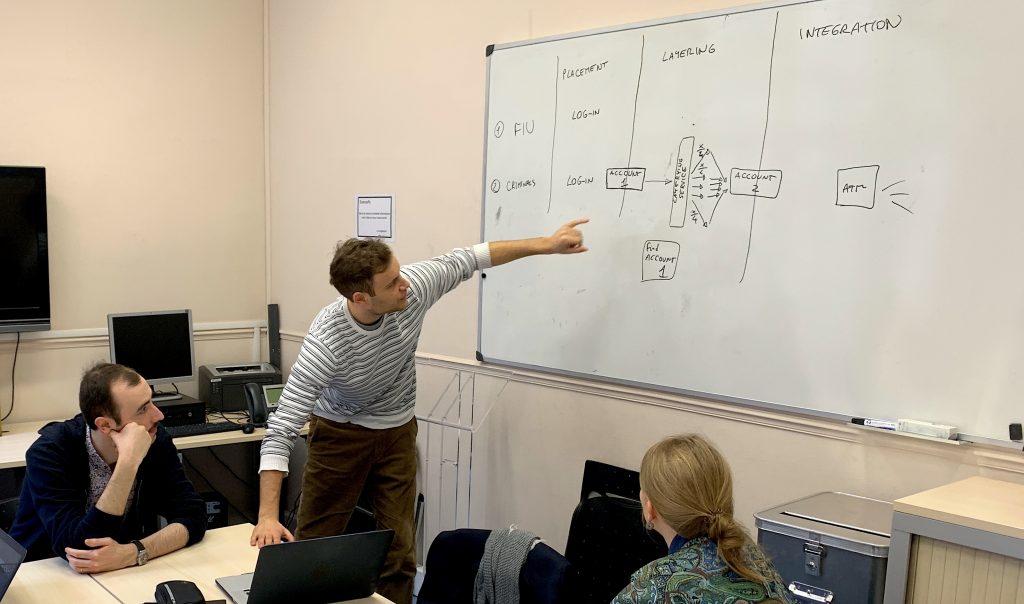